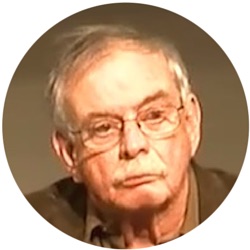 by John Weeks on 14th July 2020 @johnweeks41
Invoking Alexander Hamilton in the context of the sensitisation achieved by Black Lives Matter could not be more inappropriate.
Drawing analogies across countries rarely provides insight and often proves wrong-headed. For instance, while not inappropriate, applying the term ‘Green New Deal’ to a comprehensive European environmental programme is at best misleading. Inspired by the wide-ranging peacetime reforms of the first two terms of Franklin D Roosevelt as United States president (1933-41), the term suggests the original had a coherence it never possessed. ‘FDR’ first uttered ‘new deal’ in his acceptance speech for the presidential nomination in July 1932, at the Democratic convention in Chicago: ‘I pledge myself to a new deal for the American people.’
A metaphor from poker, the New Deal took shape more by trial and error than clear planning. More important for its application in the European context, for all the hope it offered and the fundamental social transformation it effected, the slogan offered a new deal for white America.
It excluded the majority of African Americans from many of its benefits—most obviously the national retirement system (social security) and unemployment benefits. As a result, it carries a racist legacy inappropriate for a European programme today.
Federalised debts
In recent weeks, a joint proposal for bonds issued by the European Union as a whole—initiated by the leaders of Germany and France and taken up by the European Commission—has inspired another US analogy. Some commentators have labelled this possibly path-breaking scheme to shift from country-specific public debt to an EU collective debt Europe’s ‘Hamiltonian moment’.
The phrase evokes an analogy with a bill, passed by Congress in 1790, which federalised the debts incurred by the rebellious colonies to fund the war of independence against Britain. Thus Anatole Kaletsky wrote that ‘the deal struck between German Chancellor Angela Merkel and French President Emmanuel Macron might one day be remembered as the European Union’s “Hamiltonian moment”, comparable to the 1790 agreement between Alexander Hamilton and Thomas Jefferson on public borrowing’.
Whether we should anticipate a fundamental change in EU policy is not yet clear. I doubt however that those who have adopted the phrase realise the context of the historical event to which they refer.
White-supremacist
Part of the ‘Compromise of 1790’, Hamilton’s proposal as Treasury secretary, to nationalise state-level debts, is inseparable from US white-supremacist history. When Hamilton’s first attempts to achieve his purpose met no success, he negotiated a compromise with Jefferson, then secretary of state, and James Madison, member of the House of Representatives—both from the Virginia plantation elite.
The compromise involved two apparently unrelated political steps. The southern plantation elite in Congress agreed to take on the debt of the northern, non-slave states by supporting the Assumption Act of 1790. In return, the southern elite achieved its goal of locating the national capital in slave territory, with the creation of the District of Columbia via the Residence Act of the same year.
The US capital remained slave territory until the passage of the 13th amendment to the constitution in 1865—so throughout the civil war—and would practise legal segregation until the mid-1950s. Perhaps nothing symbolised the racist nature of US society more than legal slavery in its capital, followed by racial segregation.
Outspoken racist
In 1953 I visited my older brother, then a resident of the district, and attended a baseball game with de facto segregated stands. The streetcar we took to the stadium required African Americans to sit at the back (a court order ended this in November 1956). The owner of the Washington team, who moved it in 1961 to Minnesota, was an outspoken racist. One of his publicly stated motivations for the move was the overwhelmingly white character of the ‘twin cities’ (Minneapolis—St Paul).
Even if we view Hamilton’s federalisation of the debt of the states as a pivotal moment, separable from the location of the national capital, a bit of research shows that it plays into the anti-federal rhetoric of the ‘frugal four’ northern-European governments. The relatively poorer northern states held most of the debt Hamilton sought to federalise. A New Yorker born to a poor family in Saint Kitts and Nevis, he proposed that the wealthier southern ex-colonies would take on the debts of the poorer northern ones.
This arrangement fits neatly into the propaganda of the ‘frugal four’: Merkel, Macron and the commission want the long-suffering northern-European taxpayer to take on the debts of feckless southern governments. Yet Europeanising debt aims to avoid sovereign-debt speculation, not shift the cost of debt service. As a result, it would reduce the likelihood of a northern ‘taxpayer bailout’ of southern-European governments.
Conflict epitomised
Designed to benefit wealthy Americans and funded by a tariff to protect manufacturing, Hamilton’s plan epitomised the conflict between the elitism of his party, the Federalists, and Jefferson’s emphasis on popular democracy (for white men).
Rather than grope for a US analogy, supporters of the EU recovery plan might look to one of the great European federal nationalists, such as Garibaldi who unified Italy or Bismarck so central to forming a unified Germany. Better still, identify it for what it is—the plan to prevent a future EU sovereign-debt crisis.
(John Weeks is co-ordinator of the London-based Progressive Economy Forum and professor emeritus of the School of Oriental and African Studies. He is author of The Debt Delusion: Living within Our Means and Other Fallacies (2019) and Economics of the 1%: How Mainstream Economics Services the Rich, Obscures Reality and Distorts Policy.)
– Social Europe