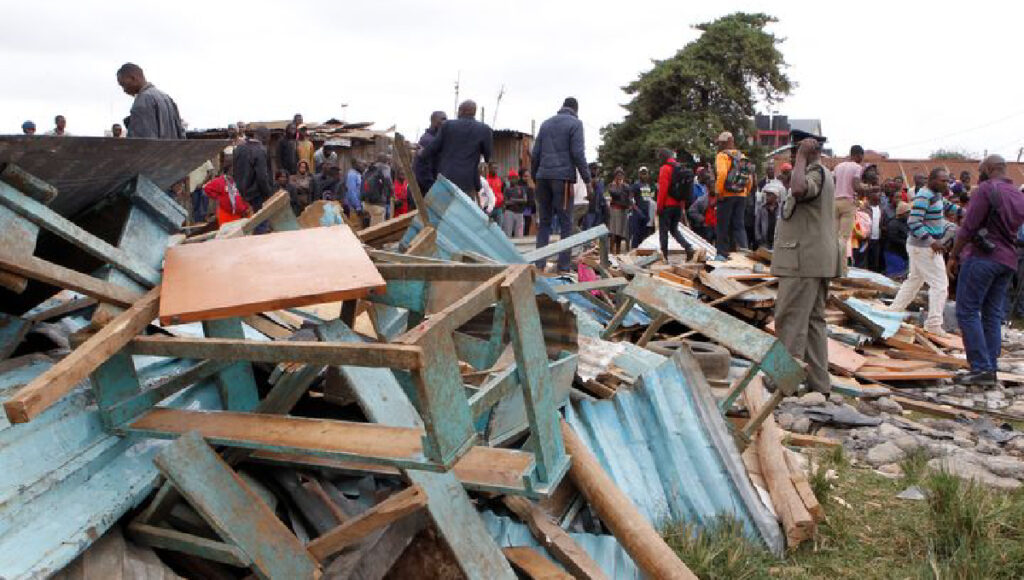 A school collapsed in Kenya’s capital on Monday morning, and officials said at least seven children were killed.Parents wailed at the scene of The Precious Talent Top School in Nairobi. Hundreds of people gathered as emergency workers picked through debris. It was not clear whether anyone was trapped underneath.
Government spokesman Cyrus Oguna said 57 students had been taken to hospital.
It was not immediately clear why the building of corrugated metal and wood collapsed around 7:30 a.m.
Construction can be poorly regulated in some fast-growing Kenyan communities.
“The children here were all running away and crying,” local resident Michael Otieno said.
More than 800 students are enrolled at the school, officials said, reports AP, Kenya.