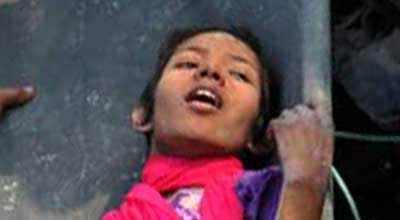 The miraculous survivor of Rana Plaza collapse Reshma has been appointed as Public Area Ambassador of Five Star Hotel Westin.The authorities concerned of Westin Hotel confirmed the matter to banglanews on Tuesday afternoon.
On May 10, the 17th day of collapse of Rana Plaza, Reshma was rescued from the debris.
On April 24, Rana Plaza collapsed trapping around 3000 garments workers and 1127 workers had been found dead from the rubbles. (Source: banglanews24.com)