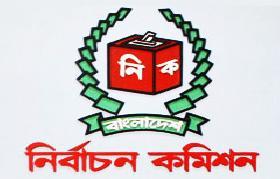 Sylhet Correspondent :
Probable candidates, who have already submitted nomination papers for mayoral and ward councilor posts in the Sylhet City Corporation polls, are yet to remove the posters, leaflets and banners in the city.  They had put up the posters at different structures, wooing the city dwellers to vote for them in the upcoming elections scheduled to be held on June 15.

The returning officials concerned have not so far taken any step against such violation of the election code of conduct, a good number of provable candidates have alleged.
Residents of different city areas said the provable contestants in the mayoral and councilor posts had started pasting colourful posters and leaflets on the walls of public and private buildings and to hang banners and erect sight-catching billboards on the city streets more than two months before announcement of the SCC election schedule.  At that time, supporters and well-wishers of the interested mayoral and councilor contestants also printed posters, leaflets and banners welcoming their chosen candidates for the up-coming city corporation polls and attached them in front of the roadside residences, shops and electric poles across the city, locals said.
After announcement of the SCC election schedule on April 29, the election commission issued a directive on May 5 asking the probable candidates for mayoral, general and female councilor posts to remove all kinds of billboards, posters, banners and leaflets within the next 48 hours.  The election commission in the directive had also cautioned that failure in removing the materials by the respective candidates within the stipulated time would be considered as a breach of the election code and conducts and punitive action would also be taken against them.  Following the EC’s directive, the Sylhet divisional election office had made a public announcement across the city in this regard. But, most of the posters, leaflets and banners were not removed till Tuesday. Rashedul Islam, assistant returning officer in the SCC polls, told The New Nation that they had a plan to go out for spot visits Tuesday evening to find if there were any such posters, leaflets and banners in the city.
The outgoing SCC mayor Badar Uddin Ahmad Kamran, also a mayoral candidate of the ruling Awami League, said he did not publish any poster or leaflets so far.
‘I also have requested my supporters and well-wishers to remove such things immediately after the city corporation election schedule was declared,’ He added.
The city unit BNP ex-president Ariful Haque Chowdhury, who has submitted the nomination paper seeking candidature in the mayoral post, also echoed Kamran.