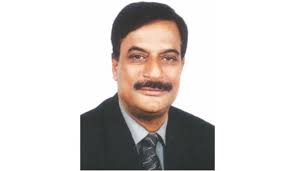 Opposition Chief Whip Zainul Abedin Farroque was freed from jail on bail on Friday morning.As Farroque came out of Bangabandhu Sheikh Mujib Medical University (BSMMU) prison cell, where he was undergoing treatment, around 10:30 am, leaders and activists of BNP and its front organisations received him with bouquets.

He was released 53 days after his arrest from BNP’s Nayapaltan central office as the release order reached the jail authorities.

Farroque, also BNP’s publicity secretary, was taken to the BSMMU from Kashimpur jail on Monday after he complained of chest pain.
On Tuesday, the High Court granted interim bail for six months to the BNP leader in a case filed over March 11 city violence.

On March 11, police in a raid on BNP’s Nayapaltan central office arrested over 150 of its leaders and workers, including acting secretary general Mirza Fakhrul Islam Alamgir and Farroque.

The law enforcers launched the drive in the BNP office after 8-10 crude bombs went off near the BNP central office while Fakhrul was addressing a rally.

Later, a charge-sheet was submitted against 148 of them in a case filed with Paltan Police Station under the Speedy Trial Act. UNB