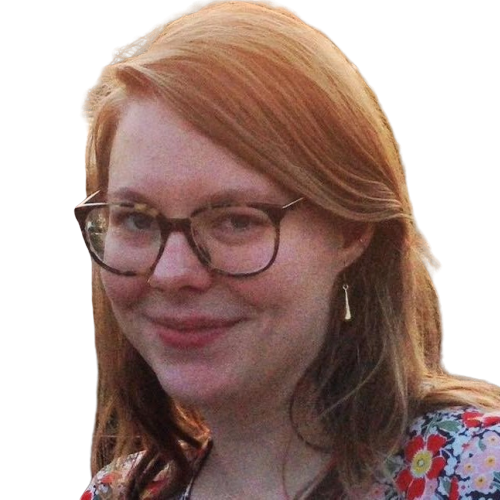 by Caroline Marie Lancaster on 26th September 2019
The typical radical-right voter is often assumed to be older and male, with conservative views on women’s and LGBT rights—an assumption which should now be reassessed.
Today’s European radical right is rife with contradiction. Once the electoral home of working-class men, disillusioned with the decline of industry and the rapid entry of women into the labour force, the radical right of the mid-2010s has rebranded in the face of a new enemy—Muslim immigration.
Previously patriarchal parties now discuss women’s and LGBT rights as being fundamental to Europe’s identity. Emblematic of this shift, the Alternative for Germany’s Nicole Höchst recently stated: ‘I believe we are the only party in Germany who is really fighting for women’s rights.’ But have radical-right populist parties been successful in attracting less conservative voters? In a recent study, I find evidence that we should answer this question with an emphatic ‘yes’.
Different rationale
The meteoric rise of Pim Fortuyn—an openly gay sociology professor cum radical-right figurehead—in the Netherlands in the early 2000s was the first indication that the radical right’s gender conservatism was perhaps softening. Fortuyn provided a decidedly different rationale for restricting Muslim immigration. It was not that immigration caused job loss or terrorism. Rather, he considered Islamic culture to be ‘backward’, an existential threat to the rights of women and the LGBT community.
The rhetoric continued with Fortuyn’s ideological successor, Geert Wilders and his Party for Freedom. Wilders propagated conspiracies about the imminent Muslim takeover of Europe and establishment of ‘Eurabia‘, where Sharia law would rule and Dutch women would be forced to walk around the streets of Amsterdam in long black burqas.
‘Liberal’ radical-right rhetoric is not confined to the Netherlands, however. These tropes are popular rallying cries from France and Germany to Denmark and Sweden. Yet in spite of these ‘moderating’ parties, scholars have largely continued to consider radical-right supporters to be extremely conservative. Indeed, right-wing ‘backlash’ against societal progressivism and diversity is cited as a primary cause of the recent populist resurgence by political scientists Pippa Norris and Ronald Inglehart in their latest book. The reality, however, is much more nuanced.
Demographic characteristics
To examine the attitudinal and demographic characteristics of today’s radical-right voters, I turned to the European Social Survey, a biennial survey of European public opinion. As radical-right parties predominantly compete not on economic but cultural issues (such as immigration), I included attitudinal questions from three relevant areas: traditionalism, authoritarianism, and nationalism.
‘Traditionalism’ captures the extent to which respondents believe women should be allowed to work outside the home and whether gay and lesbian people should be allowed to ‘live life as they wish’. ‘Authoritarianism’ refers to one’s desire for strong government and the belief that laws and rules should be respected, no matter what. Finally, the questions on nationalism include several on immigration attitudes and one on whether European integration has ‘gone too far’.
Using a statistical technique that places individuals into groups based on similar survey responses and demographic characteristics, I found three broad types of radical-right voters. The ‘conservative nativists’ comprised about a quarter of my sample. Conservative nativists look like the usual conceptualisation of a ‘radical-right voter’. They are older, less educated and more likely to be men. They prefer traditional family structures and strong government and are highly opposed to immigration and European integration.
The second class are termed the ‘sexually-modern nativists‘. About a third of radical-right voters fall into this group. As indicated by the ‘nativist’ label, these voters are only slightly less nationalist than the conservatives. However, in other regards, they look like leftists: they’re younger, highly educated, more likely to be women, and are not opposed to gender egalitarianism and LGBT rights. A third group falls in between these two extremes, taking more moderate positions.
The most striking result concerns the extent to which the ‘sexually-modern’ group has increased in prevalence overtime (see Figure 1). I include two years in my analysis, 2004 and 2016. In 2004, the vast majority of the radical right was either moderate or conservative; only 12% were sexually-modern. However, in 2016, almost half—45 per cent—fell into this category. Indeed, there is variation across the ten countries in my study—Austria and Switzerland have more conservative radical right voters, while other countries, like the Netherlands and Sweden, are less Yet why has this occurred? I argue that opposition to immigration and, to a lesser extent, to the European Union are to blame. In the aftermath of the European sovereign-debt crisis of the late 2000s and the Syrian-refugee crisis of the mid-2010s, immigration policy and European integration were on voters’ radars, achieving unprecedented electoral importance. Because the radical right is believed to be the party family most capable of handling these issues, voters flocked to parti-s like the Alternative for Germany and the Sweden Democrats. Parties’ ‘liberal nationalist’ rhetoric abetted this phenomenon, making the radical right seem more accessible and less taboo.
No longer can we dismiss the radical right as the party family of angry old men, reacting against a changing society. Now, women and gay men are likely to be found within their ranks, alongside voters who, if not for their immigration attitudes, might be confused for leftists. With support for populists at an all-time high, it is crucial that we understand who exactly these parties attract, and why, if we are to combat their radicalism.
This article first appeared on the EUROPP blog of the London School of Economics
(Caroline Marie Lancaster is a PhD student in political science at the University of North Carolina at Chapel Hill. Her research interests include voting behaviour, ideology and political extremism.)
– Social Europe