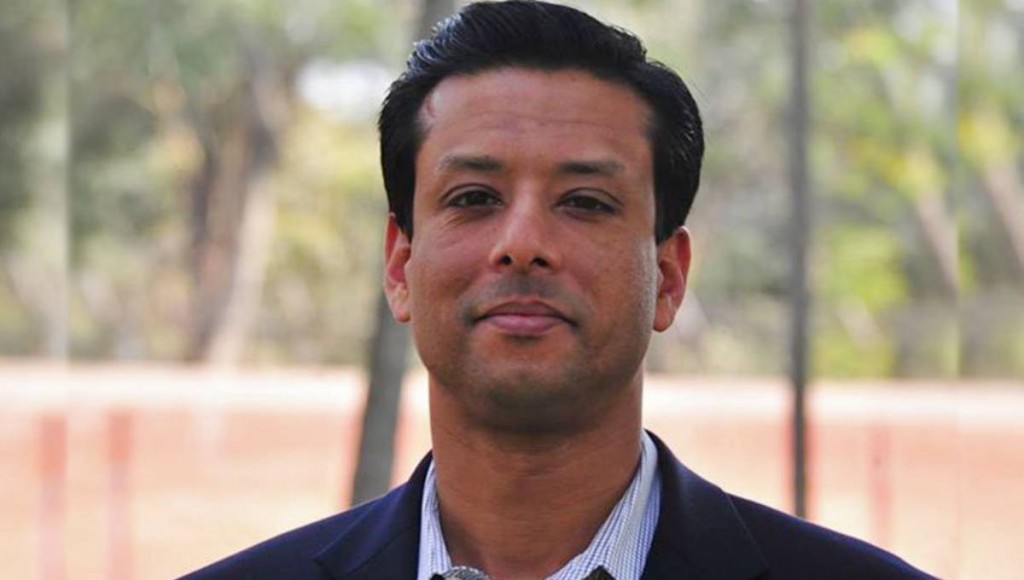 Dhaka, Jan 12– Prime Minister’s ICT Adviser Sajeeb Wazed Joy on Saturday said BNP and Oikya Front, having been thoroughly rejected by voters, have started begging their foreign masters for help.“They’re on international lobbying and PR blitz to try to prove that our elections were rigged. The fact is that it’s mathematically impossible,” said Joy, also the son of Prime Minister Sheikh Hasina.
In a post shared on his verified Facebook page, he said the Awami League’s margin over the BNP is about 49 million votes.
Joy said it is simply not possible to manipulate elections by 49 million votes without it being caught on everyone’s mobile camera. “As for their claims of voter intimidation, even if every voter who did not vote for AL voted for the Oikyafront, they would still be more than 22 million votes short.”
Still, Joy said, a section of so-called ‘civil society’ continues to join the BNP’s international PR campaign against the election.
Addressing all their complaints, Joy raised a few of his own, saying the final voter turnout figure is 80 percent and it is not a record in Bangladesh.
“That distinction is held by the 2008 elections under the 2007-2008 “caretaker” regime when turnout was 87%. The AL won that election in a landslide with 48% of the vote by itself. In 2001, the voter turnout was around 75.6% and in 1996 it was 75%. Turnout was just slightly higher because this is the first fully participatory elections in a decade,” he added.
The second propaganda, Joy said, is that the ruling party received 90 percent of the vote. “This is a complete falsehood. The AL by itself received around 72 percent.”
The grand alliance allies received just under 5 percent and even the 72 percent is not a record for the AL. Joy said in the 1973 election after Independence the AL received 73.2 percent of the vote. “Just as the reason then was the AL-led the country to Independence, our vote increase this time has two very good reasons.”
Finding reasons behind this, Joy said, the AL government has improved the lives of citizens more than any other government in Bangladesh’s history.
“We have become a middle-income country, per capita income has trebled, poverty has been halved, almost everyone has access to education, basic healthcare, electricity, and the list is endless. If there was a way to improve the lives of the Bangladeshi people, our Government has done it or the progress is visible,” he added.
Joy said “civil society” keeps harping about how the Bangladeshi voters are anti-incumbent, but that is just an indication of how out of touch they are with the common man.
“If you’re an ordinary citizen, even if you’re a wealthy businessman, your life and business are doing so much better now since the AL has turned Bangladesh into the fastest growing economy in the world. Why would you vote against the government that has transformed your life and business?”
The second reason, he said, is that their election campaign did not start last year. “It started right after the 2014 elections. We have not wasted any opportunity to inform the Bangladeshi people that we, the Awami League, are solely responsible for the positive changes in their lives.”
Joy said, “While our opposition and “civil society” were busy complaining about problems, we were telling people how we were providing solutions.”
Joy said the BNP’s Chairperson has been convicted and is in jail while their acting Chairperson is a fugitive who is not even in Bangladesh. “Their organization is in complete disarray. But those are not the most significant factors. There is one factor our “civil society” doesn’t want to acknowledge as it makes the BNP look really, really bad!”
Joy said, “I’ve observed its effect through annual opinion polls. Once the BNP started burning civilians alive during their 2013-15 arson attack campaign, their popularity fell off a cliff. Prior to the arson attacks, the BNP was usually around 10% behind the AL in opinion polls. After the arson attacks, they fell 30% behind and kept falling.”
Describing opposition’s “self-defeating election campaign”, Joy said the first thing they did was to bring out Tarique Rahman to pick election nominees.
“All this managed to do is remind people of Hawa Bhaban and his corruption and violence. To add fuel to the fire, he picked known and wanted criminals and war criminals as candidates! Do you think their popularity would increase or decrease after this?”
Next, he said, the message they kept sending out to their supporters until the last minute was that they would boycott the elections.
“If you think your party is going to boycott, are you going to go out to vote? This is what caused the drop in their voter turnout and hence, their low percentage of the vote,” he said.
Finally, Joy said, the only message the BNP and Oikyafront had for the people of Bangladesh is that the AL is bad. “Given that the people could see the visible improvements in their lives over the past decade of the AL Government this was an extremely tough sell.”
The Oikyofront’s figurehead Kamal Hossain did not even run in this election, Joy said adding, “Why is that?”
He added, “It is because he knew he had absolutely no chance of winning a seat for himself. Of course, they surprised us. For the very first time in their existence as a political non-entity, his Gono Forum has actually won not one, but two seats! If there was any rigging in these elections, how could an opposition party that has never won a single seat win two?”
Joy said the truth is far simpler – “If you’re a citizen and especially a youth who sees a dynamic leader such as Sheikh Hasina developing and transforming the country, it won’t matter how much mud the opposition slings. At the end of the day, you are going to vote for the party that is improving your life and the country.” – UNB